So here’s a thing…

Many years back, 1998 to be exact, I captured the photograph below from a certain point up on Boyes Drive overlooking Kalk Bay in Cape Town. (The photo was taken on film and has been scanned so apologies for the quality compared to today’s instant digital images.) This had been an amazing storm lasting the entire evening and then circulating back around at the time this shot was taken around 1am. This image was printed in the Cape Argus newspaper the following day and from that I sold huge quantities of prints. I still receive inspiration from this image and all it has taught me through my years. I’d go as far as to say this one image played a huge part in me choosing to become a full time professional photographer. 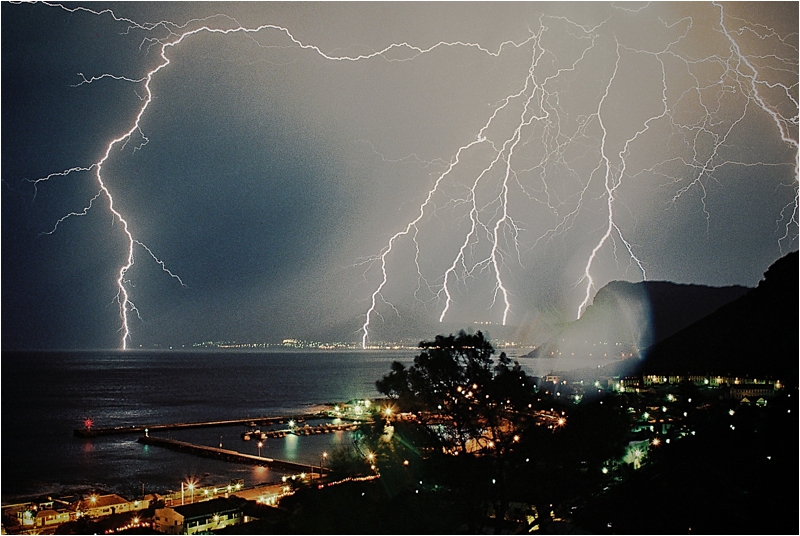 The day before yesterday I decided to post this lightning image onto my Facebook page. I did that and then later that afternoon I took a drive over to Kalk Bay to photograph the storm surf breaking over the harbour wall. I was hoping the gale force South Easter wind combined with a near spring tide would have resulted in some stormy seas crashing over the harbour wall. My intention was to go direct to the harbour. Due to traffic though, I took the drive over Boyes Drive and stopped above the harbour to check out the conditions. I took my camera out and fired off a few images. The photo below is the second image I captured on the day.  This one was printed on the front page of  The Cape Argus yesterday. Here’s the thing… this image and the lightning image were captured from exactly the same spot on Boyes Drive. How’s that! I love it and appreciate that this is the way life just is. 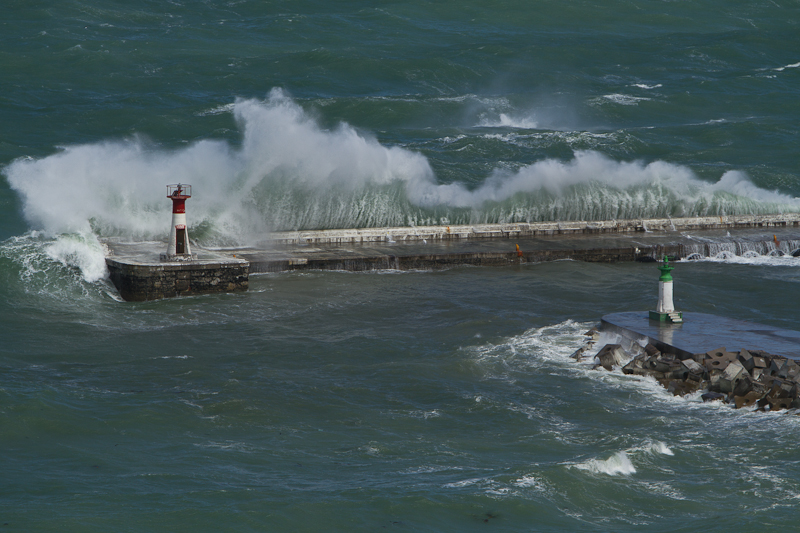 Here’s a gallery of some of the images of the storm surf in False Bay.